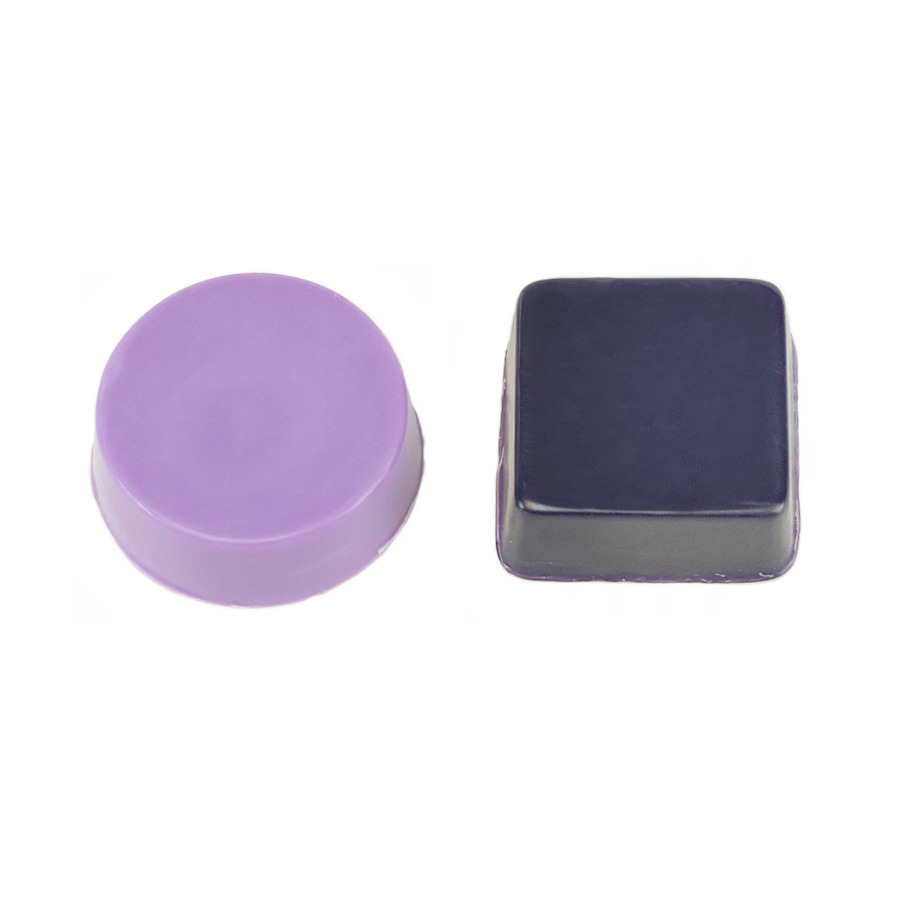 Avg Rating:
(based upon 2 reviews) Write your own review

The color of royalty, this bold shade of purple is the perfect option for creating an enticing and enchanting soap. Use with a white melt and pour soap base to produce a deep, rich Iris purple, or combine with a clear base to generate a deep wine/raisin shade. Your actual experience may vary depending on your use of the base and the dye’s saturation. We encourage you to experiment and find the best combination to fit your needs. Expect to use two to three drops to achieve the most typical color range. In the example images, we used two drops per pound of soap base.

Note: This product is not recommended for cold or hot process soap. Color morphing may occur.

Made in the USA

I left this same review for the black, however, the purple had the exact same issue except it only got to light pink. The only reason I'm giving this one two stars is it at least showed pigment when first used.

This color, amongst the other I tried to use (purple) did not work in cold processed soap. We used an olive/coconut oil base. This was less than a pound to make room for lye and water. We used less than the recommended at first. Absolutely no color distribution. We then added another 5 drops. No color distribution. We mixed and mixed and mixed and ended up with this extremely light gray. We added a few more drops and ended up with a darker gray. I'm sure it will darken to a black over time, however, I've never seen so much needing to be used to see a true-to-color response in the batches. We used a total of 16 drops to just get to the dark gray. The soap was traced so heavy it was impossible to pour. This was a little annoying considering something like mica powder shows a brilliant, true-to-color result. You would think with liquid drops it would be even easier. However, considering the purple came out light pink with over 10 drops, I'm not too thrilled with my purchases, especially since I bought multiple colors in the 1oz containers. Will not buy these again and I recommend turning to mica powders or dioxides.

I shake up the bottle really well and massage it so it heats up a bit and then I only need to use one or two drops for whatever project I'm making. Makes this worth it to buy because I know it is going to last so long! Works in bath bombs too!