What began as a way to earn extra spending money, give back to the community, and learn about running a business is now a thriving candle brand. Brothers Collin, Austin, and Ryan Gill are the dedicated young entrepreneurs behind Frères Branchiaux Candle Company. We had a blast learning more about this amazing family and are honored to share their story with you. 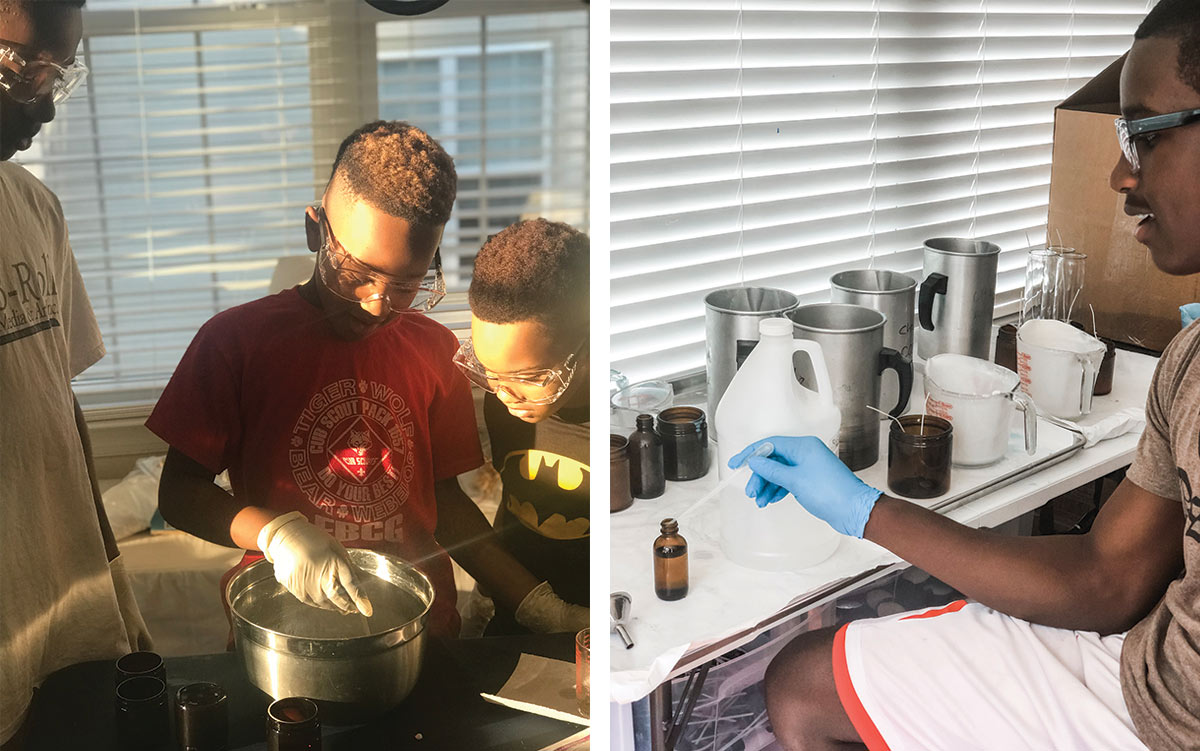 Candles are their thing. So we just keep pushing that vision. And I said if it changes, it changes. I tell them, "You don't have to lock into this." Whatever it is for you, is for you. As long as you keep doing those things to get to your goal. —Celena Gill 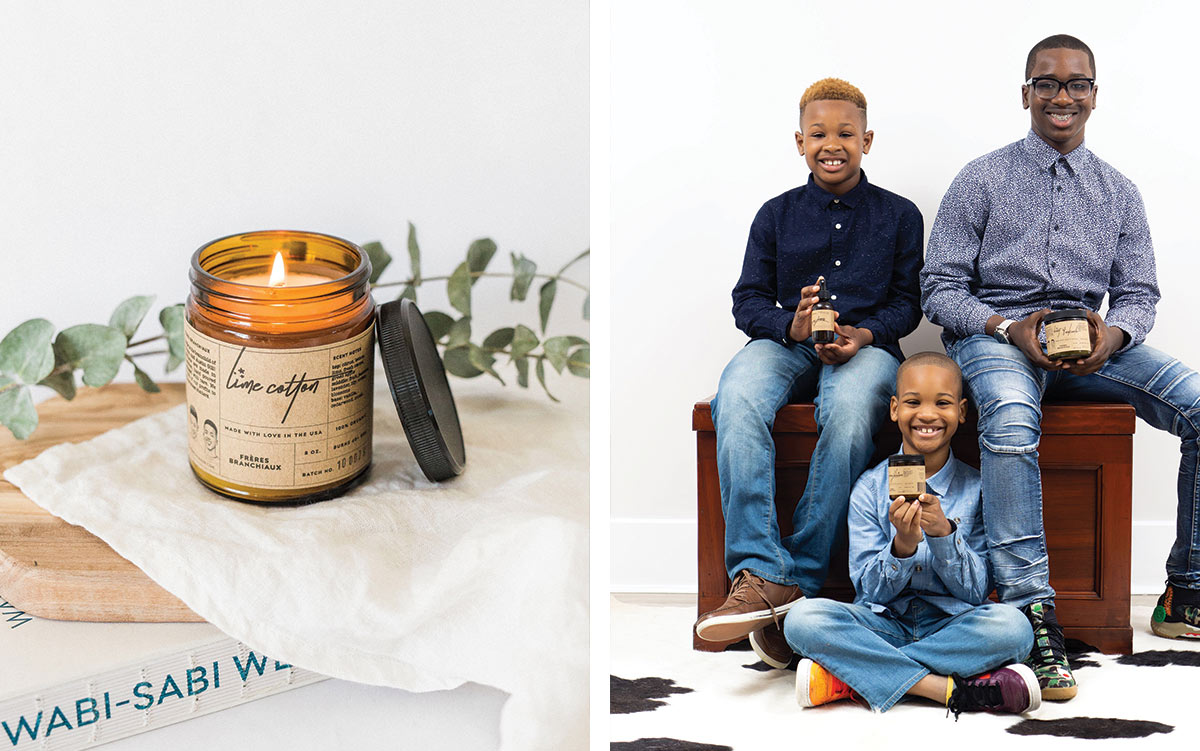 What is the story behind Collin, Austin, and Ryan learning how to speak French? Well, we wanted the kids to be bilingual because we wanted them to be global citizens. To be able to, if they needed to or wanted to, to converse in another language. And most of the people in the world can speak more than one language. So I was like, you really want to be able to, if you want to travel to different places, especially since it's a language that, sometimes if you know French or Spanish, you can understand Italian or you can understand, certain languages have the same structure.

So we wanted them to be able to have another skill. And we decided French because it was just like, "Let's do French." Because they have Spanish immersion schools too. And Mandarin immersion schools. We said, "Well let's just try French to see how it goes." So they went to the French school for a total... Collin left in the seventh grade, Ryan in the fifth grade and Austin in the first grade. And that's when we started homeschooling them. So Collin's still fluent. Ryan is kind of, sort of. If you speak French, he can understand what you're saying and he can respond to you. Austin just still remembers commands but we intend for Austin too, either if he goes back to private school or we hire another tutor, we want him to still be able to speak French as well. I do not speak French. I speak Spanish. Pat did take French in high school so he knows a little bit, but we wanted them to be able to have another skill set.

And then with the name of the company, they wanted to name it Gill Brothers Candles. And when we Googled it, it was like, there are a lot of Gill Brothers companies. And I said, "Well let's distinguish it by maybe saying it in French." And so they figured out how to say it in French and one of their French tutors used to call them her petites branchies, which means little gills. And I said, "Well we know branchie means Gill. We know frère means brother. So you're the Brothers Gill." So they said, "Okay, let's do that." And it worked out. Now the funny thing is people will mess up the name, which is okay because it gives them an opportunity to talk to them about the name, how to say it, the origin of the name. But it sounds really fancy-schmancy, Frères Branchiaux Candle Company. So they really like it.

"You really want to be able to use money as a resource and as a tool and not as the primary purpose for your life. We don't chase money. We chase passion, we chase dreams, we chase goals, and in that money follows. "

"So you really want to be able to use money as a resource and as a tool and not as the primary purpose for your life. We don't chase money. We chase passion, we chase dreams, we chase goals, and in that money follows. "

What is the evolution of the designs for the candle line? Well, we had the opportunity to do a popup in a retail store, a local retail store. And the manager was like... I did the labels. I got a design on a template. And I played with this. I had done the labels at first and so she was like, "They look good. They look okay, but you really want the labels to look retail-ready. But they're fine, but you really want them to look like they belong on the shelves and people come in this store, you're doing a popup but your item looks like something they would have naturally purchased off of our own shelves." So that's when we hired a graphic designer. So we sent her all the ideas of the candles. We sent her candles we liked, and different labels.

And the first design, it was a hit. And the label that you see now, it's the third iteration of it because we added the pictures of the boys and the brand name and we added some other elements of it. So by the time we have it now, you can see the entire brand story on the candle. And we wanted to be able to move into our retail phase because we saw that happen and we saw that with the volume purchase, with the word of mouth, with everyone understanding the brand story. By the people really buying into what the boys stood for, how the company had begun. We were like, "Okay we do need to be retail ready. We do need to be able to, if they want to have this grow into a bigger business, to actually have that already done. 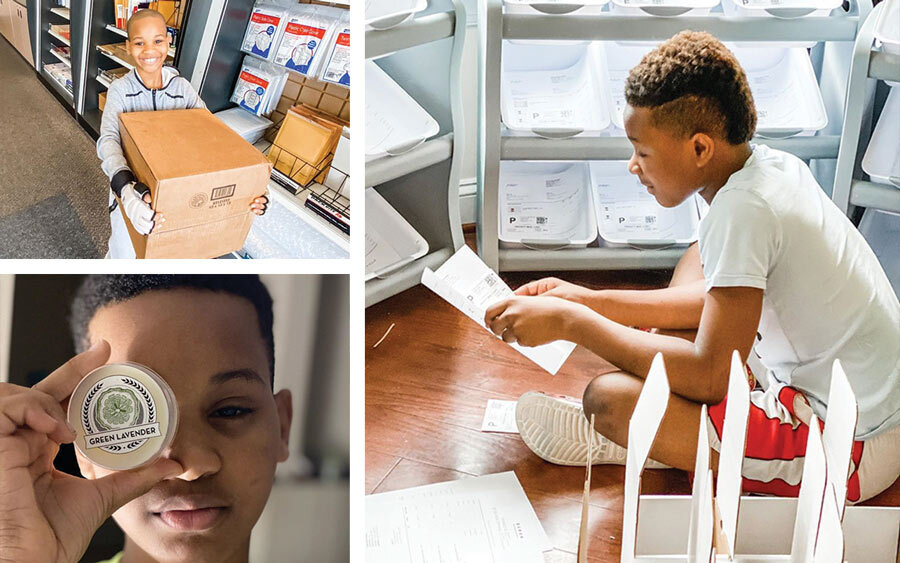 Want to see your small business story featured on our site?

We’re eager to share empowering stories that will inspire other candle makers to grow their ideas into successful businesses.

Shoot a brief email to support@candlescience.com introducing yourself and your candle business. Your story might be the next one we feature on the website!