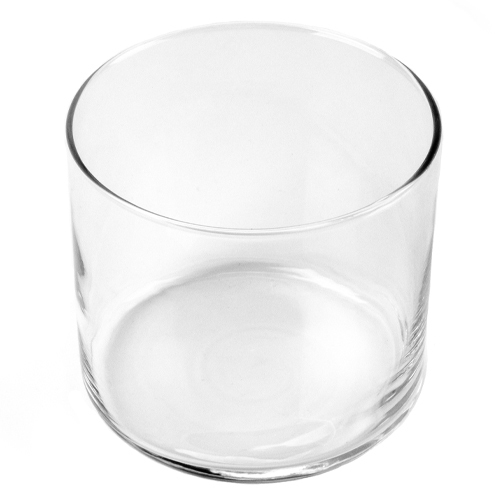 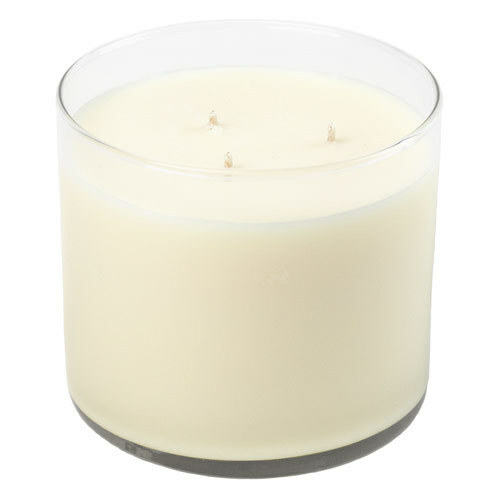 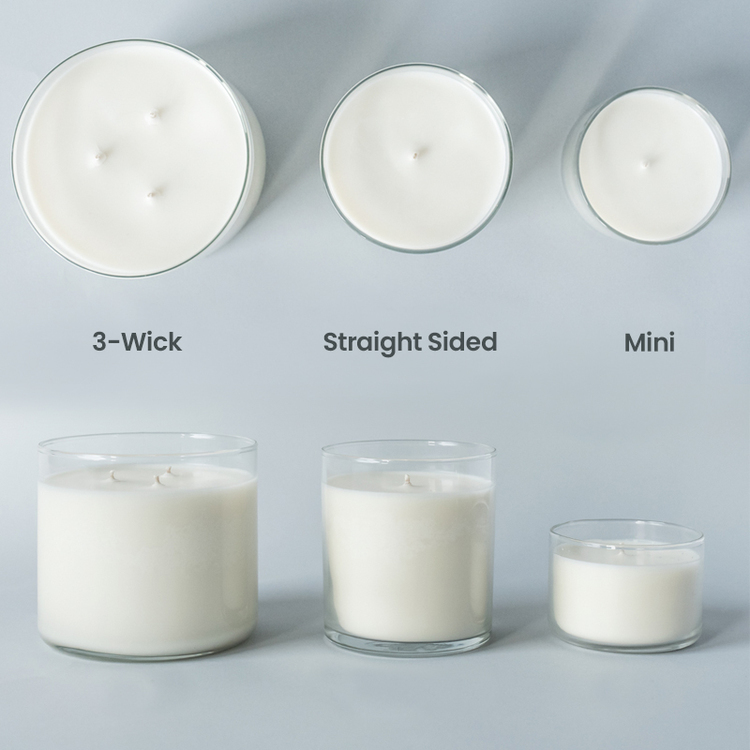 Our 3-Wick Tumbler Jars are contemporary and versatile. The 4-inch diameter of the jar makes it a great size for a double, or triple-wicked candle, allowing for a stronger fragrance throw and radiant glow. These clear tumblers are made from blown glass forming a smooth and seamless finish. We recommend washing these jars prior to use.

Looking for labels? Put the finishing touch on your candles with the perfect product label from Avery WePrint. Browse designs, create your own, and take 10% off all label orders! Head to avery.com to get started.

Wholesale Ordering
Check out our wholesale page for more information on ordering candle supplies in bulk or by the pallet.

Glad to have these back finally but man are they gross. I have to run them through the dishwasher before even using them. The film on them is hard to get off.

Hi There, We're so sorry to hear you've had some trouble cleaning your new 3-Wick Tumbler Jars! Handwashing with soap and water should remove any surface film that may be left over after manufacturing, but we have not tested washing these in a dishwasher instead. If you are finding the dishwasher isn't reaching all areas of the glassware, we would recommend handwashing these jars prior to use instead.

Don’t get me wrong, I am VERY happy to have these replacement jar back in stock. They are the exact same size and previous lids fit well. However, these jars are NASTY! They stink, they are dirty and have a slick film on them. I’m not sure what the production process is in China, but they need to end it with a quick wash of these jars before packing them up for shipping. Gross.

Hi There, We're so glad to hear that our new 3-Wick Tumbler Jars are working well with your existing 3-Wick Metal Flat Lids! The residue or film you've found on these containers is a result of the new manufacturing process. We're happy to confirm, however, that the containers are still perfectly safe to use although we do recommend washing them with soap and water prior to use for the best performance.

The new jars are very similar in size to Libbey and the lids for well. From there it's downhill. All of the cases I have opened so far have a funky smell and they are real dirty/cloudy looking. There a bunch of tiny shards of glass in the boxes. Even after cleaning them out I am having trouble with the wicks sticking. I poured a case today and had to replace every single jar because the wicks came loose once the wax was poured in. This was despite tugging to make sure they were secure before pouring and the handful of Libbey jars I had left and used did not have any trouble. It appears the bottom has a slight curve/bubble to it in the center and maybe that's not allowing the wick to get flush and stick? But this appears to be the only comparable option in size and style and I ordered an entire pallet so I'm going to be dealing with these for awhile. There's definitely a quality difference from the Libbey jars.

Hi There, We're so sorry to hear that you've been having some trouble with your first batch of our new 3-Wick Tumbler Jars! While we can confirm that we recommend washing these containers prior to use, we can absolutely understand your concern if the boxes arrived with shards of broken glassware or if your wicks are struggling to adhere to the surface. A member of our Support team will be reaching out via email today to see how we can help with each of these issues. We look forward to speaking with you soon!

Thank you for working so hard to find a replacement!! You guys are the best!!! My 3 wick candles are my best sellers!!! Only down fall the shipping cost from east coast to west coast is killing me!! But I know that's not your fault!! Thanks again

Glad these are finally back in stock and that I was able to grab some but I have to be honest and say that these are by far the dirtiest jars I have ever purchased! Not only are they dirty, full of glass debris and have a funky film on them, they also smell. I had to open the cases and let them sit outside for a day to air out.

These new 3-Wick jars are slightly taller than the previous jars from Libby and the glass has no tint, the Libby jars had a slight tint of blue. The new jars are also thicker but the same lids that fit the Libby jars fit these new ones nicely. A couple of things I noticed that I don't really care for was the smell that came out of all ten cases I ordered. The cases have a strong order that smells like formaldehyde and all the jars were cloudy with some kind of dirt or dust, at first I thought they were frosted. I ran one under water and it quickly cleared up. If purchasing these jars I definality recommend washing them out and then drying with a towel. The second thing I don't care for is the fact that these jars are made in China. The previous jars from Libby were made in the United States, I'd rather buy American any day of the week but at this point after waiting since December, 2020 for new jars I'm happy to get what I can. Thank you Candle Science for continuing to sell the 3-Wick tumble jars, much appreciated.

We're so happy to hear that you're liking the new tumblers! We do recommend washing these jars prior to use so we're glad that hear that cleared them up for you.

I know a lot of us have been waiting for this replacement and these don’t disappoint! I actually think the glass is thicker than the previous one!! Get you a pallet if you can.

The NEW 3-Wick Tumblers are exactly the same as the previous! Not one single issue, and we purchase these by the pallet.